AAGE members do exceptional things, and as part of a regular monthly feature of getting to know our members, this section will highlight their latest achievements. If you’d like us to include your news in the next post, you can email them to us at admin@anthropologyandgerontology.com, including “AAGE member news” in the subject line. Also, if you are interested in being part of the member news team, please let us know!

The member news team (that would be me) have been taking a well-earned summer holiday, but it seems that all of you have not. You just keep on working, writing, presenting and stacking up your achievements. Well, we’ve dusted off the pom-poms and ready to cheer for all of your successes! Here’s a start:

Jiayin (Jaylene) Liang (Department of Gerontology, the University of Louisiana at Monroe) has a recent publication titled “It was all planned…now what? Claiming agency in later life in reforming China” It is Open Access, so please feel free to distribute it to anyone interested in aging in China. Excellent work!

Past president Samantha Solimeo (left) was recently interviewed by three different venues about a paper published in Medical Anthropology Quarterly on the role of ‘Gatekeepers as Care Providers’ (DOI: 10.1111/maq.12281). Here are links to articles by AAFP, Medical Home News and VA Research Currents that resulted from that article. Well done taking your research from academia to practicioners and other publics!

Another longtime member and frequent workshop leader, Sherylyn Briller (Purdue) recently had an article in Anthropology News about using ethnographic skills and ideas to improve design. Great to see our members bridging research and practice. 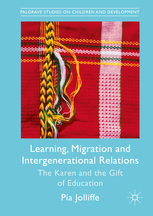 Congratulations to one of our newest AAGE members, Pia Jolliffe (University of Oxford, Oxford Institute of Population Ageing), whose book, Learning, Migration and Intergenerational Relations (right) was been published this September. You can also read her blog on migration and intergenerational relations in Latin America here.

l also take on the co-editorship of Anthropology and Aging! Cortney specializes on issues spanning the life course, especially reproductive health and end of life care in north Africa. Her chapter, ““Islam and Dying in the United States: How Anthropology Can Contribute to Culturally Competent Care at the End-of-Life,” was published in the Routledge volume “Applied Anthropology: Unexpected Spaces, Topics, and Methods (2016) (left), which she co-edited with Sheena Nahm.

Frances Norwood, medical anthropologist and recipient of the 2011 Margaret Mead award, will serve as the 2016-2017 president of the Washington Association of Professional Anthropologists (WAPA).  Founded in 1976, WAPA is the oldest regional association of practicing anthropologists.  WAPA provides anthropologists in the greater metropolitan DC area a wide range of resources and networking opportunities — from a monthly speaker series, happy hours, jobs listserv, mentoring program, potlucks and excursions to more recent programs, such as Meetups and a new blog, WAPA Features.  We are eager to have anthropologists around the world dialogue with us on topics of interest at www.wapadc.wordpress.com and encourage you to visit our website at www.wapadc.org.

Annette Leibing (Universite de Montreal), Editorial Advisory Board member of Anthropology & Aging, and frequent contributor to our group has a number of upcoming presentations on Alzheimer’s care, including a keynote address for the Dementia Network conference (Norrköping, Sweden, 12-14 October, 2016) titled: “On heroes and bad guys – Changing notions of Alzheimer’s care” (if you missed it in Sweden, you might catch it again at  University of Göttingen, Germany, Faculty of Medicine conference; 17 October, 2016). Leibing will also deliver a keynote titled Successful Selves? Heroic Tales of Alzheimer’s Disease and Personhood in Brazil at the Cultures of Care conference (Zurich University, Switzerland, 18– 20 November, 2016). She then returns to Canada in December to discuss  “The science for older people: Geriatric care in Brazil and in Canada” for the Social Sciences of Health Interventions Research Group (SSHIRG) (University of Ottawa, 06 December, 2016).

Annette also has an entry titled “Alzheimer’s disease in urban Brazil” in The Routledge Handbook of Medical Anthropology. 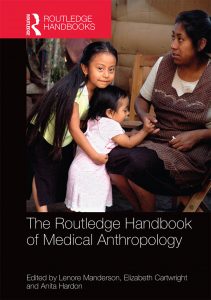 Like me, AAGE member Catherine Hagan Hennessy (Visiting Professor, Bournemouth University), relocated from the USA to the UK, where she has been very successful collaborating on the development of interdisciplinary aging research under a £20 million research initiative funded by five of the Research Councils (click here fore more information).

Catherine’s own project under the NDA programme (‘Grey and Pleasant Land’) brought together a team of 25 researchers from across the social sciences, informatics, arts and humanities, to investigate older people’s connections to and participation in community life in rural areas of the UK.  Her recent publications report on the project’s findings and outputs, and highlight its interdisciplinary process and methods:

Hennessy, C.H. and Means, R. (2015). “Meeting the Challenge of Interdisciplinarity: Lessons and Issues from the Grey and Pleasant Land Project on Rural Ageing’. Journal of Geography in Higher Education, 39(2): 195-205.

Catherine’s recent presentations from different aspects of this research include “Older People’s Connections to Rural Community Life: Simultaneous Effects of Perceived Social Integration and Health”, at the Gerontological Society of America, Orlando, 18-22 November, 2015; “Rural Memories of Leisure Lives: An Interdisciplinary, Intergenerational Oral History Project”, at the International Reminiscence and Life Review Conference, Orlando, 16-18 November, 2015; and “Later Life Leisure Participation as a Source of Rural Social Capital”, British Society of Gerontology, Newcastle, 1-3 July, 2015. Catherine is part of the #AAGE2017 conference committee, so please say ‘hello’ if you you plan to come to the conference. 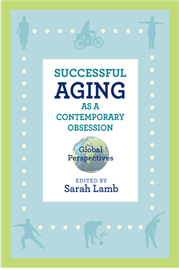 Rutgers University Press’s series “Global Perspectives on Aging” will soon publish the second volume, edited by AAGE’s Sarah Lamb (Brandeis), titled “Successful Aging as a Contemporary Obsession: Global Perspectives” (May 2017). The authors include plenty of AAGE members, including Annette Leibing, Janelle Taylor, Jessica Robbins-Ruszkowski, Elana Buch, Anna I. Corwin, Emily Wentzell, and me! This book had been in the works for a while, but got kicked off through some AAGE network ties and two well organized powerhouse conference panels at GSA and AAA two years ago.
Another great reason to be part of AAGE is to be around when projects like this take shape. Well done to Sarah and all of the contributing authors. 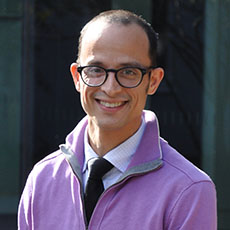 And finally, a little self-promotion from your President-Elect (right)! For those of you who are interested in care in Japan, my article, “Affect, Infrastructure, and Vulnerability: Making and breaking Japanese eldercare” was published last month in Medicine Anthropology Theory (open access!). This article was based on a paper delivered at a workshop on the topic of ‘vulnerability’, which I am also happy to announce, will be taken up a serious notch in February as one of six 2017 British Academy Conferences.

Thank you to everyone who submitted items for our member news round up, and congratulations to all of you on all of your brilliant achievements. As always, keep up the submissions to Aging & Anthropology and don’t forget to submit your abstracts for our 2017 conference in Oxford. In the meantime, hope to see many of you at #AAA2016 or #GSA2016!
JUNE 2016 member news
MAY 2016 member news