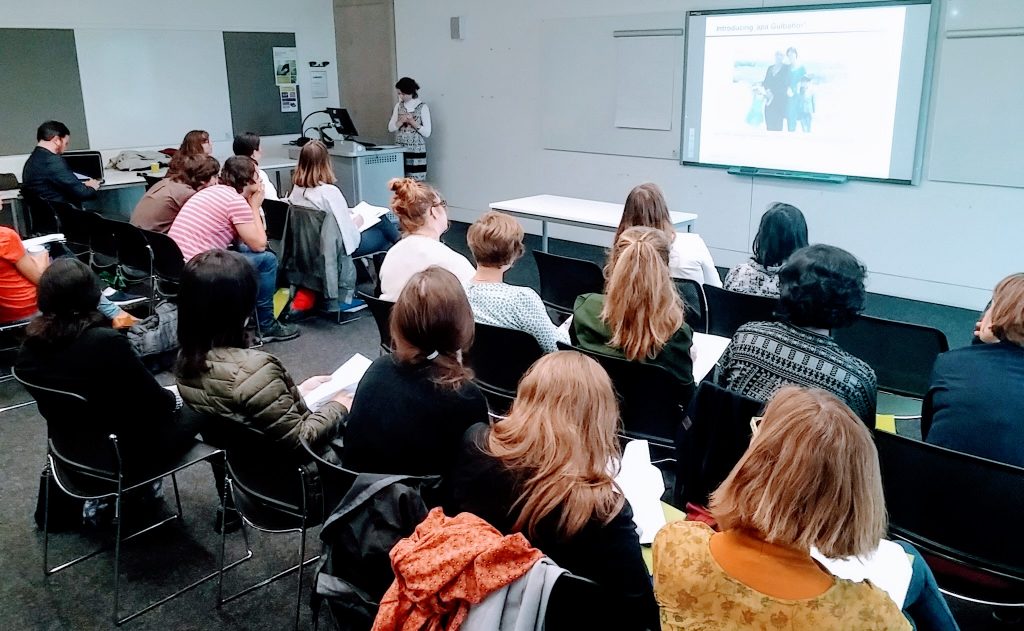 AAGE has a regular presence at the major anthropology conferences, including the annual meetings of the American Anthropological Association, the Gerontological Society of America, the Society for Applied Anthropology and the Association for Gerontology in Higher Education. Since so many of our members attend these meetings, we make it a point to organize business meetings, social events and special sessions like the breakfast session (above) at the 2016 SfAA. This is a great way for newer members to receive mentorship advice and to build their network.

We are also linked to the International Union of Anthropological and Ethnological Sciences (IUAES) Commission on Aging and the Life Course and the European Association of Social Anthropology Age and Generations Network. Our members have organized successful panels and social events at conferences around the world.

AAGE hosts a biennial workshop conference that brings together members and non-members interested in aging and anthropology research. There will be no conference in 2023, but we hope to hold a 2024 conference, so keep checking for updates!