Dismantling a Bedroom of Youth

How Space and Material Culture Mediate the Life Course 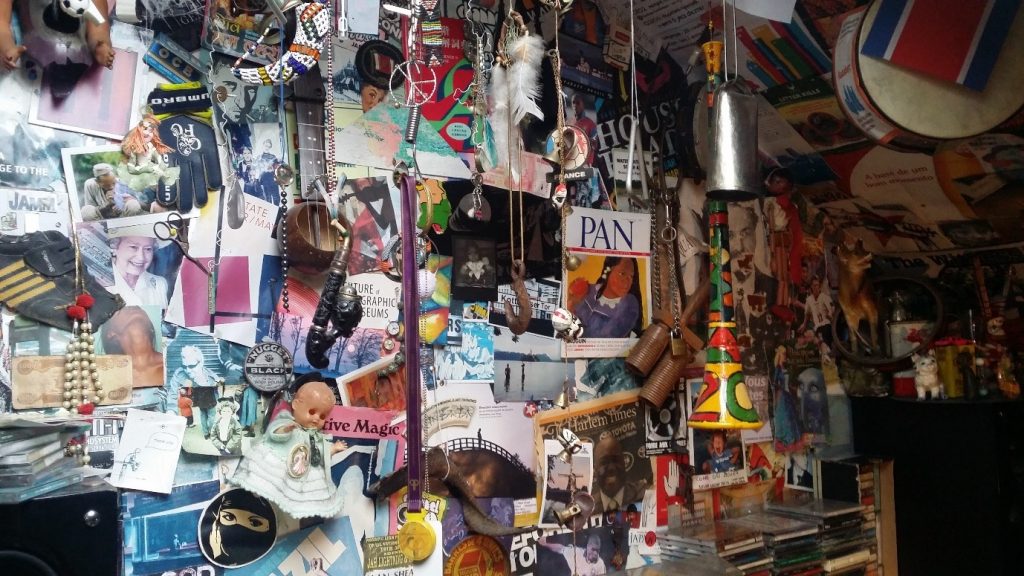 photo by author. do not use without permission.

I am currently conducting anthropological fieldwork in New York City, studying young adults at the end of higher education as they consider their options for the future. The project is longitudinal, asking how youth culture changes through the transitions between university and work. Shortly before my departure, however, I had to let go of the bedroom in London (in the pictures) which I had called home between the ages of five and twenty-five. “Letting go” involved an unpleasant practical process of packing the walls and objects into boxes, as well as a more tacit, ongoing process of separation. With the research themes in mind, I reflect here on the meanings involved in constructing, adapting, and eventually dismantling the room across two decades. The example is used to demonstrate how space and material culture can serve to symbolically construct experiences of age and more implicitly, shape outlooks on the future. This is an argument that could be expanded to a range of contexts across the life course. Ekerdt et. al. 2004 on disbandment in later life].

Looking back, to 1997, my newly acquired room in the converted attic served as a haven where I could idolize football (soccer) players and bounce balls against the wall. As adolescence crept in, the highs of music took the reins, with CDs and posters echoing personal/cultural shifts in genre and identity.

Through my developing interests in art and then anthropology, the room become a place of curation and collection. From the generic (beer coasters, travel receipts) to the bizarre (dolls heads, hair, false teeth), I collect whatever I can, making my room a museum. Both front-of-house décor and swathes of hidden material in bags, drawers, and ‘storage’, served as a place to commemorate and compare those items (in a Pitt-Rivers Museum style).

As I bounced back and forth during my years at university, the room served as a site to reconfigure selected aspects of the past into an emergent adult identity. For example, in my twenties, I reintroduced the football paraphernalia from my childhood that had receded during my teens. Reflexively modifying the room over twenty years, I grew to see it as a ‘melting pot’ of past ages, interests, and experiences (cf. Giddens, 1991; Lincoln and Robards, 2017). The room has both enabled and symbolized this continuous plasma of ‘youth’. 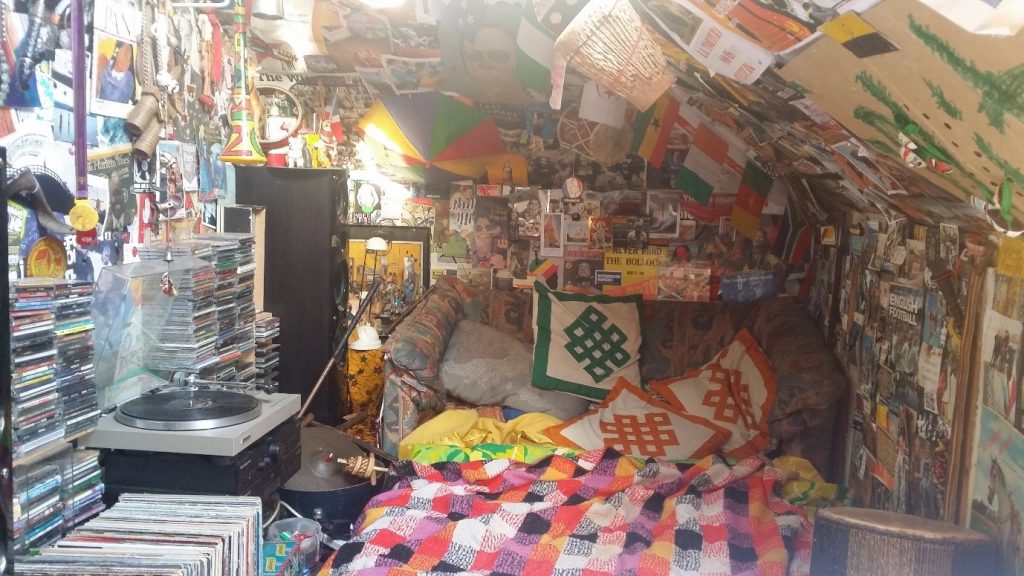 photo by author. Do not use without permission

My efforts to collage and preserve this youth, along with my tendencies to collect and hoard, are nostalgic. It is as if I am enshrining the many immaterialities (such as memories and meanings) that accompany material items (cf. Miller, 2005) that might otherwise pass into the forgotten. As well as ‘museum’, my room was also a place for afterparties in the early morning. These would indulge in the present in a way that would be consciously imagined to become less possible in later adulthood. There is therefore a sentimentality, even to partying: my friends and I recognize the eventual finitude of such youthful possibilities and so commemorate them whilst we can. Perhaps, then, these orientations towards the past, the present, and the self – facilitated by the rent-free space in my parents’ home – have protected me from having to think about the future. Dislocating from my room has certainly made me think of some of these previously unexamined meanings. Daunting, previously abstract and ignored questions such as where I might live “when I’m older” have now dawned on me in a more concrete sense than ever before.

The topographies of where we live, why, at what cost, with whom, and for how long shaped my emotional framing of the future.

Drawing parallels with the university leavers I am now studying in New York, how might their own transitions and futures be caught up in questions of accommodation and location? For graduates, returning to live with parents can provide strengths and savings, as well as inhibitions and infantilization. Such concerns are not unlike those expressed by elderly adults contemplating moving in with adult children. Interestingly, most students I have met so far have migrated to New York from elsewhere, and many have expressed desires to remain after their studies. Recurrent reasons for staying in the city have been for lifestyle continuities and imagined employment opportunities. For one final year drama student, New York has served to facilitate a social identity that is now in accordance with his sexual orientation; he fears that returning to parental home or even hometown would force a reversion of this development. Yet renting in the city, with all its ‘freedoms’ and ‘independence’, carries its own burdens and learning curves. One advertisement on the Subway encourages New Yorkers to “celebrate” having “made the month’s rent” by ordering takeaway. If such financially determined, short term horizons are the norm, then people’s futures look quite precarious! Might some graduates try their luck, with the family home as an imagined fall back? How might the future look different for those without such privileged scaffolding?

Such issues are relevant across the life course. Even the supposed holy grail of home ownership can be existentially indenturing through geographical fixity and mortgage repayments. The topographies of where we live, why, at what cost, with whom, and for how long shaped my emotional framing of the future. For other young adults, change and uncertainty are inevitable; we are compelled to live in the future, as well as the past. In this sense, reflecting back, there is an emancipation that may have come from letting go of my room. Both material culture (like decorations) and relationships (like those with parents) can hold one back, as much as they can support one. Re-negotiating one’s foundations – both material and social – is central in the transition to adulthood.

Giddens, A. Modernity and Self-Identity: Self and Society in the Late Modern Age. Stanford, CA: Stanford University Press

Lincoln, S. and Robards, B. 2017. Editing the project of the self: sustained Facebook use and growing up online. Journal of Youth Studies. Volume 20, 2017. Vol 4

John Loewenthal  is a doctoral candidate in the School of Education at Oxford Brookes University and Visiting Scholar at New York University 2017. He previously trained in social anthropology and the anthropology of education at the University of Oxford and Teachers College, Columbia University. He is also part of a study, with Dr. Patrick Alexander and Prof. Graham Butt, on urban and rural transitions in the UK, writing a monthly blog that can be found here.