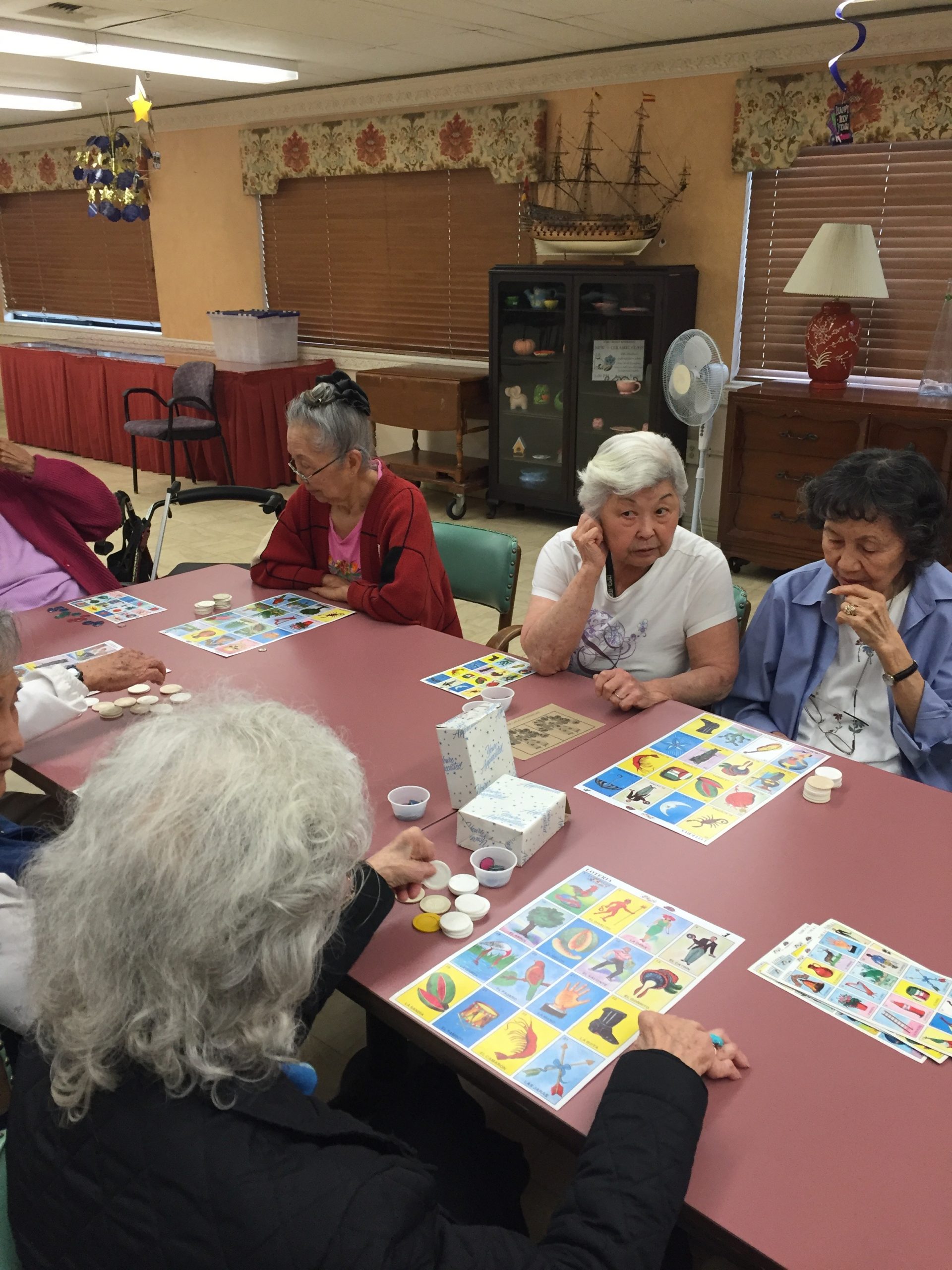 As lockdowns impose physical distancing, communities are imagining new ways to connect, and there is one surprising, shared tactic communities across the world are using to bolster social ties: bingo.

Stories of bingo play during the pandemic abound online. Neighbourhoods across England have joined together to play bingo in the streets, with many offering cleaning supplies and toilet paper as pandemic-coveted prizes. Young housemates in Amsterdam called bingo through a megaphone to the retirement community across the road, where older adults eagerly played from balconies. And Matthew McConaughey announced bingo by Zoom for residents quarantining at The Enclave, an assisted-living community in Round Rock, Texas. As more videos of bingo games emerge from India to Spain, the game’s global popularity in this pandemic becomes increasingly clear.

I am not surprised by the surge in bingo play during this pandemic. As a social and medical anthropologist researching aging and care, I spent two years living and working in a retirement community in Los Angeles. During this time, I played over four hundred games of bingo with residents. Though popular ideas depict bingo as a silly game, which creates idle, disengaged older adults, I found the contrary; bingo had the power to enliven residents and to form among them feelings of connection and community. This was a remarkable feat in an institutional setting that could at times demoralize people and divide them by class, ability, gender, and ethnicity. Bingo’s local importance to this Los Angeles retirement community, I think, helps shed light on why bingo is gaining popularity in communities globally during this pandemic.

Bingo as game and ritual

Levi Strauss (1966) argued that the difference between games and ritual was that games divide people by creating inequality between winners and losers, while ritual coheres people by creating equality between its participants. But bingo at the retirement community complicated this sharp divide between game and ritual. Though in bingo play some residents won while others lost, residents would often say that the outcome of bingo did not matter. This was partly explained by the insignificant prizes the retirement community offered. The biggest prize, given for the person who first covered their whole bingo card, was a pack of tissues. Smaller prizes, for four corners, for example, were rewarded with a small chocolate or a penny. These prizes were too small to create meaningful inequalities between residents. But residents insisted bingo was never about the win or the prizes anyway. Residents time and again reported that they did not play bingo to win, but rather to enjoy the game with others. By watching residents engage in bingo play over time, it became clear that bingo was both a game and a ritual at the retirement community.

Anthropologists understand the meaning of ritual diversely, but Victor Turner’s (1969) approach to ritual captures the effects of bingo at the retirement community well. While Turner believed society needed social structure to meet its basic needs, he also understood it had the unfortunate consequence of creating divisions between people. Ritual, Turner argued, was an antidote to social structure. Ritual created a ‘time out of time’ where the social divides of social structure collapse and humans join together through communitas, human community. By creating new ways for people to relate, ritual helps people see the artificiality of social divisions and therefore generates a space for communities to imagine how they can newly organize in the future. Turner’s approach to ritual provides an important framework to understand the power of bingo both in the retirement community and in communities globally in the midst of this pandemic.

The power of bingo

Bingo is an inclusive game. While bingo does require skill, its reliance on chance makes the game accessible to most everyone. Because you win bingo by the luck of the card and attentiveness, and not by hyper-critical thinking or years of sustained playing, residents with dementia in the retirement community were as likely to win bingo as residents without dementia. The equalising effect of bingo in the retirement community was powerful. Residents without dementia often commented that bingo helped them see anew how residents with dementia could participate, something that was invisible to them before.

Bingo is having a similar equalising effect globally. As testimonies during the pandemic reveal, bingo games are bringing neighbourhood communities together, many of which were long separated by age, ability, and built environment. For example, neighbours in England observed that their bingo play during the pandemic has allowed them to get to know many of the people who live next door who they were too busy to talk to before. They also say bingo has provided a way for the neighbourhood to connect with their older neighbours, many of whom are feeling lonely during lockdown’s physical-distancing and who had been peripheral to the neighbourhood long before the pandemic. Bingo is remaking community relations, showing that all have the ability to participate and to relate with one another if and when given the chance. In doing so, bingo is helping people see that the social divides in our communities are not inevitable, but changeable, and that it is possible to come together collectively instead.

Bingo circumscribes time. In the retirement community, where residents often said time had a ‘heavy’, ‘interminable’ quality to it, bingo enabled residents to break from the monotonous flow and invest themselves in an hour of deep, engaged play. Bingo called residents into presence through its engrossing, ‘trance-like’ rhythm. While repetitive, bingo’s rhythm is never boring. As the game progresses and more numbers are called, the higher the chances of a win and the deeper the experience of suspense. Bingo’s rhythmic flow, heightened by surprise and anticipation, produced far more laughs and jokes than experienced elsewhere in the institution.

Today, bingo’s rhythm is absorbing people into the game’s play, allowing them to forget, if only for a little bit, the pandemic outside of the game’s bounds. Bingo’s ability to contain time is significant, especially as the uncertainty and the indeterminacy of the pandemic makes time feel like a relentless, unending slog. In establishing ‘time out of time’, bingo creates space for people to experience fun and laughter at a time when fun and laughter seem impossible, if not taboo.

Bingo is a malleable game, allowing players to easily adapt its rules, depending upon social context and circumstance. At the retirement community in Los Angeles, there were two styles of bingo games played throughout the week: Wednesday bingo and Mexican bingo. While Wednesday bingo used numbers for its game, Mexican bingo uses pictures of things – like el árbol (a tree), la bota (a boot). Mexican bingo gave Mexican residents an opportunity to enjoy their traditions and to share them with others. As bingo can reflect local custom, it can be adapted widely to reflect local meaning.

Indeed, communities in countries across the world during the pandemic are infusing bingo with their own local practices – for example, combining pandemic-themed jokes with older calling traditions. Bingo has also proven to be incredibly adaptable to the new and varied regulations imposed by global lockdowns – people can play the game anywhere, from parking lots to online platforms. The openness of bingo’s structure allows for the ease of its cross-cultural and social-organizational translation, but the basic structure of the game enables its common recognition. Though we play bingo differently locally, we can also share it globally.

I am heartened in many ways by bingo’s rising global popularity.

For one, bingo is remaking community relations through its play, cohering people locally and globally where they were once separated. In doing so, bingo is providing communities with a model through which to rebuild a post-pandemic world, in the spirit not of division and competition but of cohesiveness and community.

Finally, the global embrace of bingo challenges ageist narratives that have understood the game as a boring, ‘waste-of-time,’ older-adult activity. During this pandemic, more people are coming to understand what bingo-playing older adults have long known: bingo is a powerful game that can create community cohesion and fun. And if bingo works so well in bringing people together during difficult times, what else, besides bingo, might older adults know about community building that ageist frames have long made invisible? Indeed, it is my hope that global bingo play will not only clarify how ageist narratives incorrectly parse the worth of older adult activities and lives, but will also help more people see that older adults have much to contribute to visions of a post-pandemic future.

Carrie Ryan is a Teaching Fellow in Biosocial Medical Anthropology at University College London. Her doctoral research focused on the impact of community care in precarious ageing trajectories. Her new research rethinks the ‘problem’ of older adult loneliness.

This is our ninth post in The Age of COVID-19 series, co-edited by Celeste Pang, Cristina Douglas, Janelle Taylor and Narelle Warren. Please send your contribution to Narelle.Warren@monash.edu or Janelle.Taylor@utoronto.ca

This article will also be posted on the UCL-led site anthrocovid.com

2 thoughts on “The power of bingo during COVID-19”