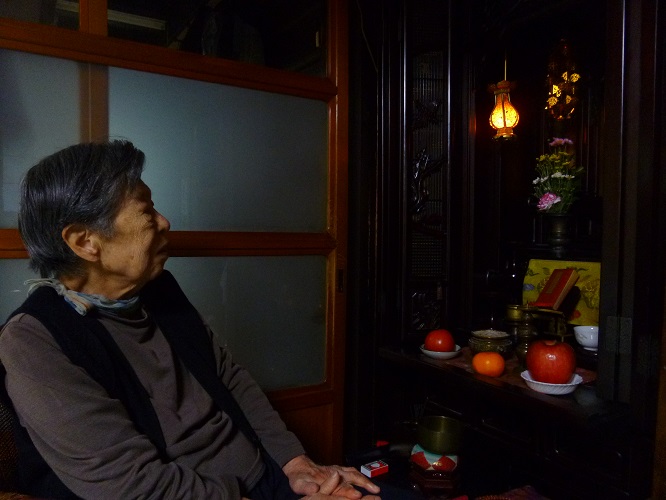 This is the first set of posts in the Life Course CRN blog exchange series developed in conjunction with the Anthropology of Children and Youth Interest Group of AAA.  A complete list of published exchanges in the series is available here. Follow this link to the corresponding post on “Producing Difference” by ACYIG member Elise Berman.

On February 8, 1998, my grandfather, the only one I ever knew, died at the age of 79. My grandfather was one of the kindest, most generous people I ever knew. He was the man who made little puzzles in his workshop and handed them out to strangers, the man who donated gallons of his own blood to the Red Cross, the man who took me in his car to deliver meals-on-wheels. He was also the man who in his last years cared for his wife, even after she had forgotten who he was.

Many of us who do research on aging have had such people in our lives. Our work is a way of honoring that connection, giving it the narrative weight of a legacy. Who I am is in many ways the result of my retelling the lives of others: legacies, like my grandfather’s that live on in my self-narrative. For me then, this is a starting point for thinking about the endurance of age as a category of difference—the hierarchies and cultural constructions like generational divisions or kinship positions that make the force of life’s legacies legible.
A legacy is both an inheritance and an offering: a form of memorial. During fieldwork in Japan, I found that older adults who felt strongly about the importance of memorializing the spirits of the ancestors were obaachan-ko, or “granny’s kids.” From a young age, they remembered spending time with their grandparents, often visiting the family graves or offering incense at the family altar. For them, rejoining the spirits in the other world beyond death, was something that lay ahead in the grander trajectory of the life cycle. At the same time, ancestors, by definition, are those who came before, and those to whom one owes one’s life. From this perspective, death was a kind of back to the future, a merging of one’s own life course narrative with that of the ancestors and descendants; it was a becoming oneself through the retelling of the other’s story.

Legacy is that silvery thread of that runs through the quiltwork of generations, allowing us to see the dreams of youth in age, and wisdom of age in youth. But today, in Japan and elsewhere, the divide between young and old seems greater than it has ever been. There are fewer children under 15 than adults over 65. Opportunities to nurture lifelong affinities between the young and old are rare. Longevity has, in some ways introduced expectations that pensioners can and should resist dependence, form their own, separate generational identity. This modern idea developed alongside changes in social welfare policies that erected further barriers between young and old, and older people would frequently comment on the fact that there is little to pass on, be it property, heirlooms, or knowledge of the ancestors. Houses, graves, and the elderly themselves are being abandoned; a haunting reminder of generational disjunction.

My favorite work on the disconnect between youth and age and the need for a new ways of retelling in the life course, is Margaret Mead’s Culture and Commitment (1970). In it, Mead cautioned against romanticizing cultures like the Australian Aborigines, where the importance of tradition kept elders in high regard, while at the same time, she warned of the consequences of abandoning the elders for the sake of progress. For Mead, generational harmony meant opening up a new dialogue where elders do not cling to an absolute authority based on their experience, and the young do not throw themselves into radical and rebellious ways at the cost of caring for older generations. Instead, Mead, saw the legacy of age as a kind of “love and trust, based on dependency and answering care,” a “sense of commitment” that would enable to the young to move into a yet uncharted future.

A life course perspective in anthropology does more than critique the ways modern social institutions still divide young and old, sometimes cruelly pitting them against one another in a competition for public resources. Age categories are not only cultural wedges driven between our young and old selves. They can also be a way of recognizing the links between generations and their embodied histories, between past and future selves, along which lives are told and retold.

Jason Danely is Senior Lecturer of Anthropology at Oxford Brookes University and President Elect of the Association of Anthropology Gerontology and the Life Course (AAGE). He is author of Aging and Loss: Mourning and Maturity in Contemporary Japan (2014 Rutgers University Press). He is currently conducting cross-cultural research with the support of an award from the John Templeton Foundation on the lived experiences of family caregivers of older adults in Japan and the UK.

A complete list of published exchanges in the series is available here.