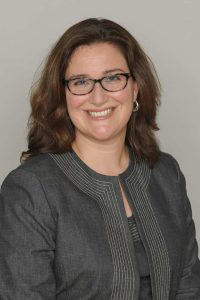 As of January 2017, Iveris Martinez began serving on the Board Chair for the Alliance for Aging, Inc., the area agency for aging for Miami-Dade and Monroe counties in Florida. The agency provides a wide range of services, valued in excess of $35 million, to older people through a network of local agencies. Some of the services provided include congregate and home-delivered meals, adult day care, personal care, legal help and transportation. Through its service network, the Alliance also provides support, training, education, counseling and respite for caregivers, including grandparents raising grandchildren. In the past year, over 77,000 people received services through this network.

Iveris also was recently invited to speak and presented at the semi-annual meeting  of the Committee on Population of the National Academy of Sciences on “Aging and the Family among Latinos in the United States.”  The meeting was held on June 15, 2017, at the Keck Center in Washington, DC. In light of high disability rates for older Latino immigrants and the relative absence of data for understanding the caregiving needs faced by immigrant families, she noted the need for theoretical models and more studies, especially qualitative studies, to better understand the dynamics of familial and social support for Latino older adults. 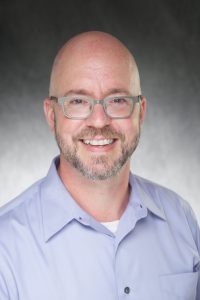 Aaron Seaman began a two-year postdoc at the University of Iowa Carver College of Medicine as a researcher in the Department of Internal Medicine in August 2016. Working there with clinical and anthropology mentors, Aaron has been able to draw his interests in aging, kinship, and caregiving into new contexts, including examining how people and their families make decisions and pursue care in the contexts of cancer survivorship and palliative care. Along with research in the University hospital, he also works at the Iowa City VA with a group of qualitative researchers that includes AAGE member Samantha Solimeo. Aaron also was elected to the AAGE board as secretary in early 2017, and he looks forward to contributing to the continued development of AAGE in the coming years.

Members also have had several publications appear thus far in 2017. 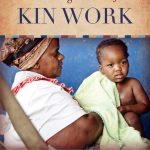 Transnational Aging and Reconfigurations of Kin Work, edited by AAGE members Parin Dossa and Cati Coe, has been published by Rutgers University Press. As the RUP website states, the volume “documents the social and material contributions of older persons to their families in settings shaped by migration, their everyday lives in domestic and community spaces, and in the context of intergenerational relationships and diasporas.”

Along with their contributions to the volume on successful aging, Anna Corwin, Annette Leibing, Janelle Taylor, and Emily Wentzell had other work in various publications.

Anna Corwin’s article, “Overcoming Elderspeak: A Qualitative Study of Three Alternatives,” was published online this spring in The Gerontologist. Following a story by Reuters, the work has received numerous mentions in popular and news media, including the CBC, AARP News, HuffPost (formerly the Huffington Post), and the Daily Mail. It’s exciting to see AAGE members’ work making waves both in and beyond the academy.

Annette Leibing published an editorial on the emplacedness of end-of-life care in Brazil, “Hospitals: the place where most elderly people die in Brazil — the start of a debate,” in Geriatrics, Gerontology, and Aging, the journal of the Brazilian Society of Geriatrics and Gerontology.

Janelle Taylor had an article appear in the June 2017 issue of Culture, Medicine, and Psychiatry, a special issue entitled “Moral (and Other) Laboratories” and edited by edited by Lone Grøn and Teresa Kuan. The article, “Engaging with Dementia: Moral Experiments in Art and Friendship,” comes out of her work on informal non-kin relations in dementia and dementia care.

Samantha Solimeo and colleagues also had an article appear in the same issue of MAQ: “Gatekeepers as Care Providers: The Care Work of Patient-centered Medical Home Clerical Staff.”

A hearty congratulations, everyone!

And we know that this doesn’t begin to capture all the great work that AAGE members are doing. So, please share your news with us: new projects, publications, positions, progress, possibilities…We are interested in hearing about all of it and sharing it with all our members! Email us anytime at aarontodd11 {at} gmail {dot} com. Cheers!