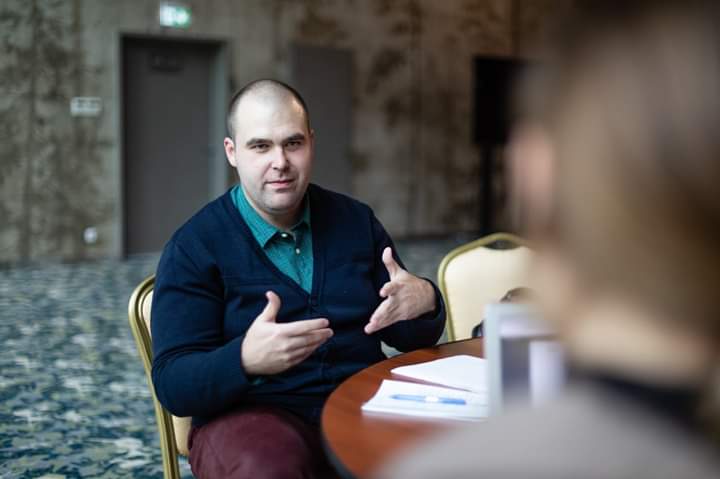 At the heart of this ethnography are two stories of my informants, Ekaterina and Marina, who live in the countryside, in Karelia (a province in north-west Russia) and have various chronic diseases. The age of Ekaterina is 75 years; Marina is 84. All names in these ethnographic accounts are anonymized. Conversations with informants took place over the phone so as not to violate Russia’s quarantine regime.

Russians are currently living under a coronavirus quarantine. The first President’s decreed declared a self-isolation regime and non-working week from March 28 to April 5. This was extended to April 30 in the second President’s decree on April 2. All institutions, organizations, and companies firms are not working, except for vital ones. In different regions of the country, various measures are being introduced to ensure the self-isolation of elderly people. Elderly people are advised to stay at home and seek the help of volunteers who buy and bring them food. The Republic of Karelia introduced a self-isolation regime from April 1, including for elderly people.

Marina’s life is complicated by serious spinal problems and disability related to these problems. She lives in the village, constantly works in a small garden and grows mainly vegetables and potatoes, “for myself” and “for the soul”. News about the epidemic almost immediately changed Marina’s usual routine. First of all, as she said, “it was necessary to buy a mask and take an old respirator in the attic, and also not to go to the city”. However, a few days later, Marina was forced to go to a large village for food, although she was very afraid of it. She explained: “There is no choice. Of course, I’m afraid, very afraid, but what to do?” Despite these fears, Marina had a sense of safety because of the small size of the community, and explained: “And then, this is not a city, maybe it will pass us by… at least I could buy buckwheat porridge and canned food.”

Marina’s fears are related to the lack of necessary assistance; in the past, she had difficulties accessing an ambulance. In realizing that the epidemic could reach the nearest village where the medical clinic is located, she became concerned that she may simply not receive the necessary medicines: “I have such a disease that I need medicines every day and they’re necessary, and it’s not possible to live without it, but I think that if this horror suddenly begins, then where should I go? I don’t go [there, then] where [do I go]? If I go to the outpatient clinic, I’ll get more sick [sicker], but if I stay in the village, I will die from other diseases, not from coronavirus.”

This gives rise to a new crisis for Marina: whilst before, she was afraid to stay alone in the village because of limited access to assistance, now the space of the village has been transformed for her: she described it as simultaneously safe from the virus, but, at the same time, dangerous from the point of view of another disease.

Ekaterina: “This virus has broken all plans”

Ekaterina suffered a heart attack two years ago and received a disability diagnosis and pension. Ekaterina loves to travel a lot, twice a year she visits her eldest son, who lives in Volgograd (960 miles away). The news of the epidemic, for Ekaterina, primarily means the inability to see relatives and the transfer of all previous plans: “Now, this virus has violated all plans. I don’t believe that so many people get sick and, most likely, they [the authorities] say that on purpose… It’s possible, of course, that somewhere there is a virus in big cities, but not here”.

For Ekaterina, the image of the general epidemic is associated, first of all, with restrictions on movement and as a result, feelings of social isolation. For her, the need to constantly be in the village and the inability to move and travel doesn’t make sense given her needs, her planned travel and the local context of the village. Ekaterina’s experiences are connected with a crisis of confidence in the state, a possible loss of a pension, as well as of pension accumulations. At the same time, she feels as though the state has left her not only without options, but without any way to live through the crisis: she remains simply “sitting here in the village, without any news”.

COVID-19 has become a new isolating factor, which was not created by the environment of the village itself, unlike all others, but was created by external circumstances. In Karelia, the experience of social isolation is more an internal factor, due to (for example) the lack of transport infrastructure. Yet COVID-19 introduces an external force that can affect the isolation of the elderly people. An important aspect that the pandemic of coronavirus infection creates is the suppression of agency: self-isolation creates a lack of access for elderly people to the necessary resources of medical care in rural areas, and the inability to go to a pharmacy in the city or to see another doctor in the city is also increasing. This was especially notable in Marina’s case study.

Questions remain regarding the topic of fear caused by a crisis of trust in both the state and medicine, as Ekaterina described. Therefore, fear can be differentiated; while fear of visiting large villages and a city exists on its own, there also exists those fears related to isolating oneself in the space of a village. This can negatively affect elderly people, leaving them feeling that they are closed in the village, without the possibility of movement. It is therefore a latent fear of loneliness which can create depressive states and, as a result, affect health and wellbeing.

The research on which this article is based was supported by an Oxford Russia Fellowship. https://ssl-research.org/en/orf/

Konstantin Galkin, PhD, is a Specialist Researcher at the Department of Anthropology of the European University at Saint Petersburg. He currently holds an Oxford Russia Fellowship. His areas of interest include: medical anthropology, pain and disease, rurality, aging and neighbor studies.

This is our third post in The Age of COVID-19 series, co-edited by Celeste Pang, Cristina Douglas, Janelle Taylor and Narelle Warren. Please send your contribution to Narelle.Warren@monash.edu