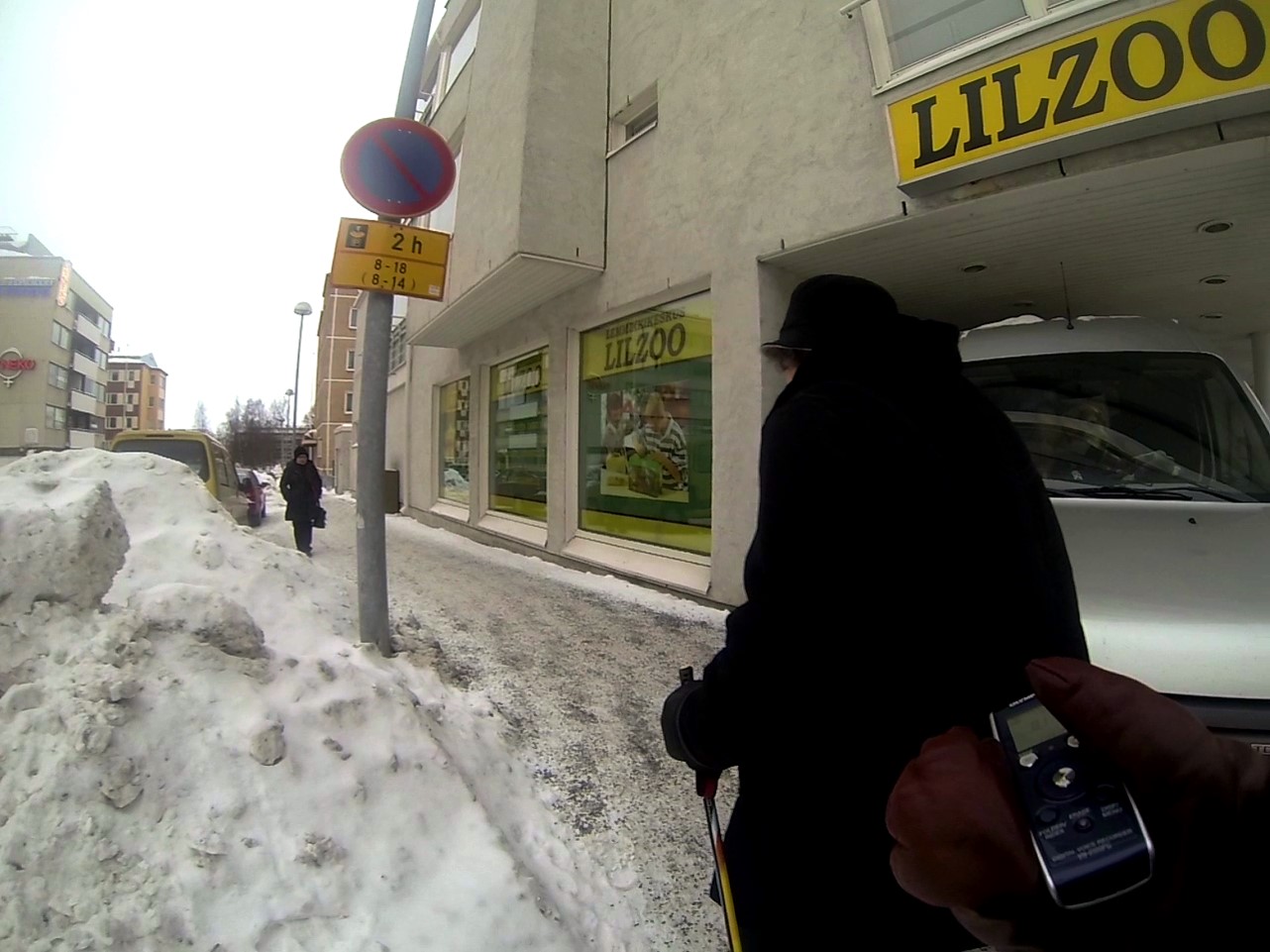 On Wednesday morning in February 2013, I rang the doorbell of Leena, a 77 years old woman who lived in the city center of Oulu in northern Finland. She had agreed to take me for a walk from her home to the health center. While we were in a lift, Leena expressed her concerns about her future living arrangements, since there was no room for a wheelchair in the lift. Leena had lived in her house since 1967, and hoped to live many more years.

In Finland, the public discourses on “the problem of aging” circles around how people could continue to live on their own as long as possible. Sometimes this tendency has led to situations where people with dementia have become prisoners in their own homes. The elderly in need of care might not have anyone nearby to look after them, and without sufficient public services, their futures as desired independent citizens doesn’t look very desirable.

Self-sufficient living should include not only the ability to stay at home, but also the ability to move between homes and the other important places in one’s life, like public services and the houses of family members and friends (see Gardner 2011; Penney 2013). In order to understand this part of  everyday life for people like Leena, I walked with Finnish seniors via their everyday routes on nine winter days. I have followed Tim Ingold’s (2011) notion that through the routes and movements, the pasts and futures are carried into the present.

While considering new plans and decisions, we should ask what kind of mobilities and practices do they enable and prevent. How can we ensure that our cities stay liveable to those seniors who wish to live on their own without making them feel like abandoned citizens?

While I walked with Leena, the streets were a bit slippery and there were piles of snow on the pavements, because snow ploughing is usually done first on the roads. The more able-bodied walkers can find detours for their ways, but for citizens like Leena who suffer from severe back problems and asthma, these barriers have long-term effects. To be able to stay as fit as possible, and thus to carry on independent living, she says she needs to walk every day.

There are also year-round material elements in the cities that can prevent or encourage seniors to move (see Freund 2001). In the spring 2013, Oulu was planning to replace the health center many seniors preferred to use with one outside the city center. Leena was “terrified” about this, because: “Then I’d have to take a taxi but I’d anyhow have to walk to get one, so what’s the point?” Being unable to walk to get medical services was perceived as a change that would affect seniors’ sense of independence. This sense might be constructed differently by different generations but what is common, is the need be able to affect one’s own future in a place (see Ylipulli 2015).

The possibility to keep on knowing the city through everyday embodied practices enhances seniors’ feelings of autonomy, and of being valued as competent citizens. Staying on the move is not just a question of keeping oneself fit as an aging citizen, but also a question of urban planning and management. While considering new plans and decisions, we should ask what kind of mobilities and practices do they enable and prevent. How can we ensure that our cities stay liveable to those seniors who wish to live on their own without making them feel like abandoned citizens?
Since in our study, city visits by solitary seniors were mainly about running errands; the urban planners and decision makers should consider how to secure seniors’ routes to health centers, libraries, pharmacists, and grocery stores in the future. For example, preserving the important historical places of the city as well as making places feel safe through sufficient lighting, supports the continuity of seniors’ everyday mobility.

Tiina Suopajärvi holds a PhD in Cultural Anthropology and works as a University Lecturer of European Ethnology at the University of Helsinki in Finland. She has studied and published scientific articles on aging in “smart cities.” Her current research focuses on the co-design processes of public services aimed for senior citizens.

Read the companion to this post, Futures Past: Absent Kinships and the Japanese Child Welfare System, by Kathryn E. Goldfarb

View all posts by Tiina Suopajärvi