Association for Anthropology, Gerontology, and the Lifecourse (AAGE) 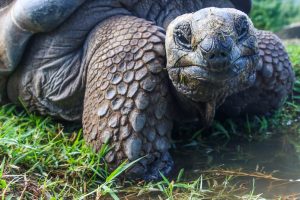 Although the in-person conference planned for this summer in Toronto in was cancelled due to COVID-19, the conference committee is busy planning a “slow-motion” virtual conference, which will enable us all to gather and sustain the interesting, lively, generative spirit.

While many details need to be finalized, our plan at present is to hold a conference launch on the originally planned weekend, June 27-28. The launch will include our keynote address by Jason Danely, as well as some panel presentations and interactive sessions. Further presentations and panel discussions will continue over subsequent weeks. Stay tuned for additional details coming soon!

The conference theme, “Aging and Social Justice,” invites work that addresses how age as a dimension of difference intersects with – and is illuminated by – questions concerning justice. Participants are encouraged to consider both terms broadly: “aging” may encompass work that addresses how age matters throughout the life course (not only in old age), and “social justice” may address different aspects of justice, at scales ranging from the interpersonal to the global, and including both basic social science and crossdisciplinary research and intervention science. 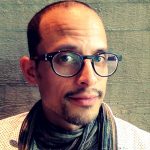 The Keynote Speaker for the conference this year is past-president of AAGE, Jason Danely. Jason has been conducting research on aging and the life course in Japan for the last 15 years, publishing on a range of topics, including, unwitnessed ‘lonely’ deaths, fatigue, frailty, loss and bereavement, religion in later life, and pilgrimage. His work with unpaid carers of older family members was supported through a Fellowship from the Japanese Society for the Promotion of Science and the John Templeton Foundation. He is currently Senior Lecturer in Anthropology at Oxford Brookes University (UK).

His keynote will focus on the topic of his most recent fieldwork with older ex-offenders in Japan and England. As populations age, the proportion of incarcerated older people is also growing. In England and Wales, prisons are the largest provider of care for older adult men. In Japan, almost one in five prisoners are over 65, with some reports suggesting that many are intentially reoffending in order to return to prison. What does justice mean when the institutions meant to protect it violate human rights of older and disabled persons? Can we re-envision justice for an aging society? How do older offenders give us greater insight on broader vulnerabilities in an urban aging society?