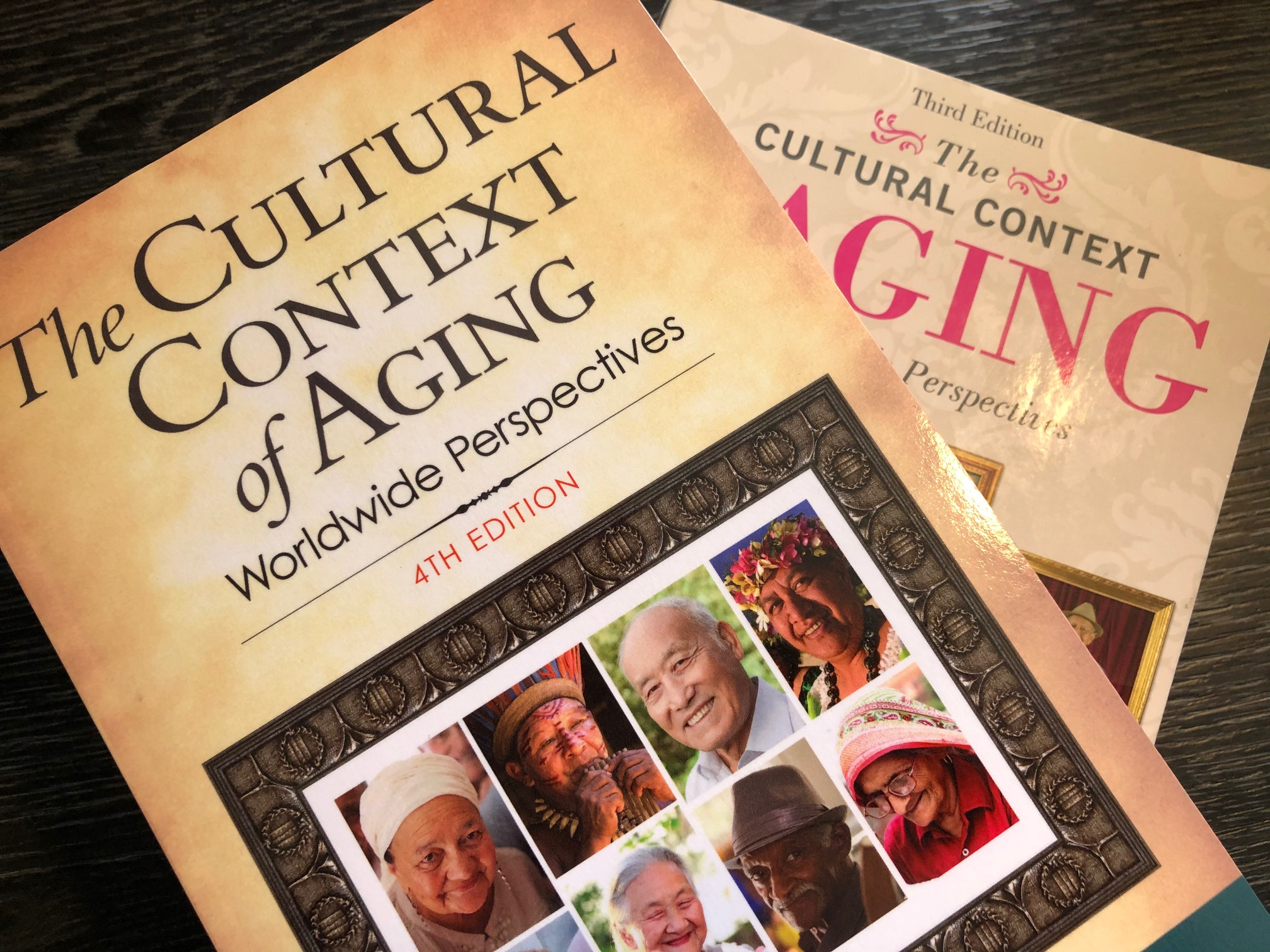 In this fourth edition of Jay Sokolovsky’s award-winning textbook on the cultural context of aging, anthropologists and other social scientists closely examine some of the challenges posed by global aging and the subsequent changes in demographic dynamics. The volume documents how the consequences of global aging will continue to influence life in the 21st century, both in relation to the human life span, cultural constructions of the life cycle, generational exchange, and the social fabric of households and communities as well as to attitudes toward disability and death. The new edition is completely revised and includes 20 new chapters covering places such as China, Japan, Denmark, India, West and East Africa, Indonesia, Mexico, Peru, Amazonia, and Italy as well as diverse ethnic landscapes of the United States.

The volume sports an overwhelming 55 chapters. Out of these, 24 chapters are available in the print version of the book, while another 31 chapters are available online in a Web Book format. Since its first publication in 1990, the volume has gradually increased from 12 chapters to the 26 chapters contained in the second edition (1997). With the third edition published in 2009, the number of chapters grew to 45, out of which ten were published in a Web Book format thereby taking advantage of the availability of online publishing. With the 2020 release of the fourth edition, the Web Book chapters now outnumber the print book chapters. The benefit of this mode of publishing is of course that the volume succeeds in covering even more scholarly ground than its predecessors. Yet, this increase in scope does to some extent come at the cost of overview, since the 707 pages of the print version are already quite a lot to digest.

The growth of the volume is at the same time a crude marker of the rapid growth of the field of aging studies. Over the past three decades, aging populations have become a hot topic to anthropologists and other social scientists as well as to policy makers at the United Nations, the World Health Organization, and at national governmental bureaucracies (xv). Local and global aging simply warrants massive interest, since demographic changes follow in its wake and come to have a fundamental bearing on social, financial, and political arrangements. The new edition of The Cultural Context of Aging cements its position as one of the most central sources for social scientists and professionals working in the field of aging and gerontology when it comes to global variation and cultural diversity. More so than the three previous versions, it pays broad attention to local and global policy frameworks for managing aging populations, and proportional attention to the multiple technological innovations in the field of elder care.

This is a break away from the first and second editions of the volume, which mostly aimed at shedding light on how the cultural context in which people grow old creates a varied reality of what aging means. Whereas the third edition already expanded beyond an interest in “cultural scripts” and “cultural spaces” to “elderscapes” and cross-cultural phenomena (2009, xiv), this fourth edition has broadened the scope further to include more pieces on scientific, popular, and policy-oriented understandings of aging as well as pieces on diversity and technological innovation and policy intervention. Philip Y. Kao and Steven M. Albert (Chapter 10) thus write about the new life course, while Sarah Lamb (Chapter 4) provides a powerful analysis of the dominant concept of successful aging. Jenny-Anne Bishop and Sue Westwood (Chapter 8) take a closer look at transgender aging, while Joel Michael Reynolds (Chapter 50) writes about disability and aging. Meanwhile, David Prendergast (Chapter 11) looks at how new technologies aim to support independent living and “living in place,” while James Wright (Chapter 45) provides examples of how robotics are used in eldercare in Japan and Europe. Finally, Caitrin Lynch’s chapter (13) on eldersourcing challenges the necessity of retirement in old age, while Jay Sokolovsky (Chapter 40) himself examines elders who seek healing through involvement in community gardens.

All of the aforementioned chapters go beyond the title’s promise of seeing aging in its cultural context. Political, technical, and material dimensions take center stage in these chapters, which help broaden and deepen our understanding of factors that have an influence on aging. The inclusion of all of these pertinent and exciting perspectives, however, raises the question: to what extent do the chapters still draw on the unifying concept of ‘culture’ or ‘cultural context’ to make sense of aging? In all fairness, many chapters in the volume still do, but many do not. Given that the third and fourth editions of the volume have already seen a split between online and print publication of the numerous chapters, it would have been worth considering doing a brand new volume called ‘emerging contexts of aging.’ That would have allowed for a more consistent divide between the culturally oriented chapters, which could go to the Web Book, and chapters that focus more in-depth on the impact of aging policies, technological developments and material conditions, which could go into print. As it stands now, it is difficult for the reader to figure out which principle was used to decide on where each chapter belongs. The eTextbook provides easy access to the links to the Web Book chapters, but with a view to keeping track of the many chapters, this reviewer prefers the print version over the eTextbook.

These remarks take nothing away from the fact that The Cultural Context of Aging is still a remarkable source on worldwide perspectives on aging. The textbook (in tandem with the website) is at its most generous ever and includes highly informed and instructive introductions for each of its parts. In an era marked by rapid social and technological transformations, this volume does a fine job of documenting how these developments come to have a bearing on health and the later life course in community spaces across the globe.

Seeing the total range of sources represented in this fourth volume, Sokolovsky must be commended for his careful pooling of resources in the field of aging over the past three and a half decades. Students and scholars interested in socio-cultural, political and technical contexts of aging should make sure to get a copy of this volume. It may also appeal to policy and decision makers, although some will probably find the length discouraging.