AAGE members do exceptional things, and as part of a regular monthly feature of getting to know our members, this section will highlight their latest acheivements. If you’d like us to include your news in the next post, you can email them to us at admin@anthropologyandgerontology.com, including “AAGE member news” in the subject line. Also, if you are interested in being part of the member news team, please let us know!

Annette Leibing (Universite de Montreal) has been a long-time member of AAGE and Editorial Advisory Board member of Anthropology & Aging. She has had several recent publications on various studies of aging and health, including two single authored pieces on dementia and Alzheimer’s Disease:

Leibing, A. – Dementia in the making: Early detection and the body/brain in Alzheimer’s disease. In: Popularizing Dementia, Public Expressions and Representations of Forgetfulness, Aagje Swinnen and Mark Schweda (eds.). Bielefeld: Transkript, pp. 275-294, 2015.

Annette also presented “Recent changes in the conceptualization of dementia: Ethnographic notes from Brazil” at the Brocher Foundation workshop : “The redefinition of Alzheimer’s disease and its social and ethical consequences, » organized by Richard Milne (U Cambridge), Shirlene Badger (U Cambridge) and Jason Karlawish (U Pennsylvania); 14-15 April 2016, Geneva, Switzerland. Coming back to Canada, she gave a Keynote talk for CASCA (Canadian Anthropology Association, Halifax, 11-15 May, 2016) titled, “Ageing in times of Alzheimer’s: Tales of change, culture, and solidarities.”

Looking ahead, Annette will be travelling again to Europe (Zurich University, Switzerland this time) for the Cultures of Care Conference, 18 – 20 November, 2016. In anticipation of her contribution to a forthcoming book on “Successful Aging” (Edited by AAGE’s own Sarah Lamb), her paper is titled, “Successful Selves? Heroic tales of Alzheimer’s Disease and Personhood in Brazil.” 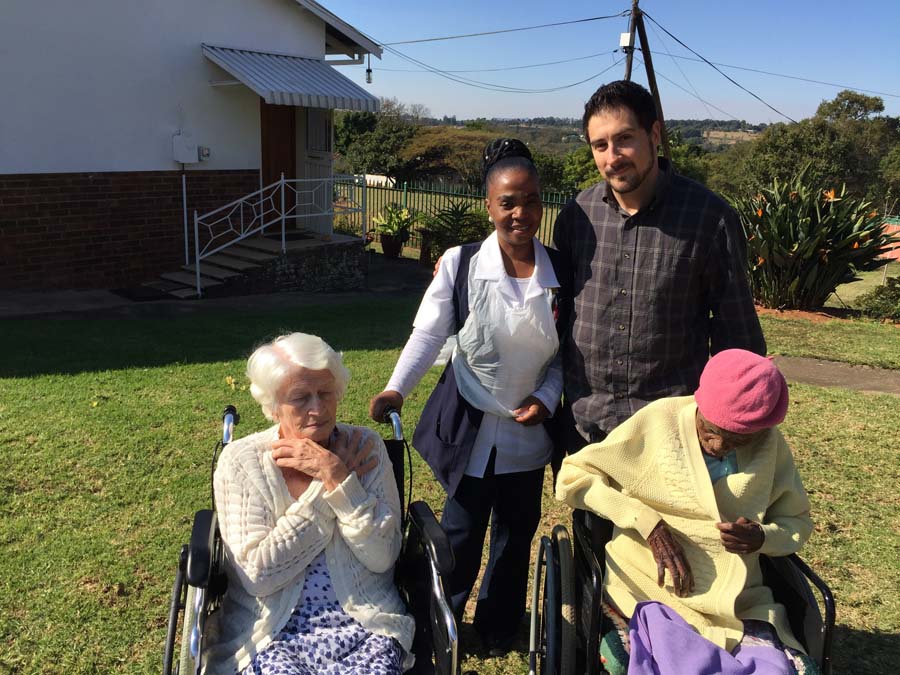 Some of the most excited news comes from some of our newest members, and what could be better than landing that coveted tenure-track appointment? Congratulation to  Casey Golomski, who has been recently appointed as Assistant Professor of Anthropology at the University of New Hampshire and as an Associate Editor with the African Journal of AIDS Research. He returns to New England after being a University Research Council Postdoctoral Fellow in Social Anthropology and Public Health at the University of the Witwatersrand in Johannesburg, South Africa. There, along with Hylton White and Nolwazi Mkhwanazi, he co-initiated a research unit “Life Course, Obligation, and Dependency [LOAD]: Ethnographic Perspectives on Intergenerational Justice in Southern Africa.” As part of the unit and with funding from the Wenner Gren Foundation, he undertook four months of research at a racially mixed frailcare and Alzheimer’s facility in a small town. He recently workshopped his first manuscript based on this project, titled “Race and Joking Relations in a South African Alzheimer’s Home,” at the 2016 Northeast Workshop on Southern Africa for submission to a (fortunate) anthropology journal.

Janelle S. Taylor (Professor of Anthropology at the University of Washington, Seattle), will step down from her current role as department chair in July, and looks forward to having more time and energy to devote to research about friendship and dementia. This is wonderful news to all of us who love Janelle’s writing and are eager to read more. A first publication from her new work, titled “Should Old Acquaintance Be Forgot? Friendship in the Face of Dementia,” is slated to appear in the volume Successful Aging? Global Perspectives on a Contemporary Obsession (in press with Rutgers) edited by Sarah Lamb (see the news from Annette Leibing above).

The University of Washington’s Memory & Brain Wellness Center recently ran on its blog a short feature about this research: “Time to Redef   http://depts.washington.edu/mbwc/news/article/time-to-redefine-successful-aging

More congratulation to our Past-President of AAGE, Samantha Solimeo (University of Iowa) for her promotion to Director, Ethnographic Methods and Implementation Core (EMIC), Center for Comprehensive Access & Delivery Research and Evaluation (CADRE), Iowa City VA Health Care System. Samantha continues to be recognized as a leader not only in gerontology, but also to applied anthropology. She was recently elected board member of the Nominations Committee for the Society for Applied Anthropology. 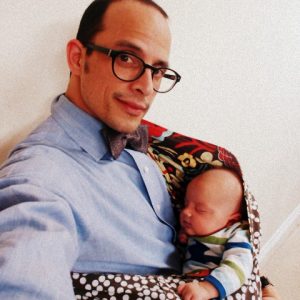 Finally, new President-Elect Jason Danely (Senior Lecturer in Anthropology, Oxford Brookes University, UK) was awarded a research grant from the Great Britain Sasakawa Foundation to study “Dynamics of the Aging Japanese Prison Population. He was also a co-applicant on a successful British Academy Conference bid for 2017 titled “Vulnerability and the Politics of Care.” My most recent article was published in the March 2016 issue of Contemporary Japan, titled “Hope in and Aging Japan: Transience and Transcendence“.

The busy summer traveling seems to have begun already, as in April I presented my current research on unpaid carers in Japan at the UK at Monash Centre, Prato, Italy. Over the rest of summer I will be giving a Keynote presentation at the University of Manchester, UK; Tokyo University, Japan; and the conference of the European Association of Social Anthropology in Milan, Italy. Last, but not least, in January we welcomed the birth of our third child, Loïe Amelia Danely!

Still about a year away, but we are getting ready for the biennial AAGE Conference for 2017. We have secured some initial funds to hold the conference in Oxford, England and are hoping to get additional funds to help with student travel costs. Need an excuse to come to Europe next year? Stay tuned!

Thank you to everyone for their AAGE member news updates. Keep up the good work!