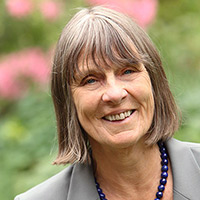 It is quite rare that debates about ageing take center stage in anthropology. As part of a new endeavor by AAGE we invite influential anthropologists to reflect on their experiences studying ageing, and to offer their views on possible futures for the field.
One scholar who has pushed our subject matter within and beyond its boundaries is Margaret Lock. Currently, Lock is the Marjorie Bronfman professor emerita at McGill University where she established the medical anthropology programme. She has published over 2oo articles and 17 books and won numerous prizes for these publications.

Last year, Margaret Lock published a new book entitled ‘The Alzheimer Conundrum: Entanglements of Aging and Dementia’ at Princeton University Press. During our interview, Lock explained how she initially started her project as a quest to understand the impact of genetic susceptibility tests on individuals, and had the good fortune of being able to follow a randomized clinical trial (RCT) in which offspring were told about their genetic susceptibility to Alzheimer disease. As it turned out, to fully understand the contribution of genetics to AD and the experiences of these tested individuals, she needed to study the concept of the disease itself. Her book has had a strong impact outside our discipline, receiving reviews in Nature, the Lancet Neurology and the New Scientist.

Part of Lock’s success can be explained by the topics she approaches, but it is also attributable to her capability to cross disciplinary divides. Lock explains that for anthropologists, it is essential to study diverse perspectives on the issue at hand. When teaching, she emphasizes that ‘if we want to do medical anthropology as best as we can, then it is important to grasp the fundamentals of the specific scientific or medical issue with which one is dealing’ in an interdisciplinary way. But, of course, anthropologists should inevitably incorporate ethnography into their project, whatever the subject matter – no other discipline will do this as we do.

Read the review of “The Alzheimer Conundrum” from the anthropology and medicine blog Somatosphere, by AAGE member Aaron Seaman

Her own engagement with ageing started with her outstanding work on menopause in Japan, where at that time no such research had been conducted before. She herself ‘fell into it sideways’ as she explained, influenced by work already going on in North America. During her career she has been inspired by numerous scholars but she was hard-pressed to come up with only one name; her formative period in anthropology was influenced by Geertz, Sahlins, Colson, Benedict, Mead, and later, scholars such as Haraway, Latour, Strathern, Allan Young, and Hacking. Moreover, having a biology background herself, she has always been attracted to think across the divide of biological and cultural anthropology, even though she remains firmly grounded in cultural anthropology. Nevertheless, already in preparation for her study in Japan she had become aware that medical anthropological literature had paid little attention to later life.

During our interview, she hypothesized that this might be related to our own anxieties about the ageing process, resulting in an avoidance of a confrontation with ageing as ‘we tend perhaps, not self-consciously, but unconsciously to be scared of the very idea of ageing’.

The task for anthropologists in the future is therefore not only to incorporate an anthropology of ageing into the wider discipline, but also for anthropologists working on ageing to cross the sub-disciplinary divides to make the relevance of our analyses known and to ensure a wider familiarity with our findings. This is a task, she proposed, that is set for the whole of anthropology in which geographical clusters and sub-disciplinary groups too often prevent analyses that go beyond their respective boundaries. Crossing these boundaries by communicating with media outside of mainstream academia is one arena that she anticipated as an essential direction for our discipline to take. I could not agree with her more, as we ourselves are responsible for making known the relevance of our discipline and findings, although perhaps I am a bit biased having a position at a multidisciplinary knowledge institute and in a medical faculty myself.

Lock has certainly been successful in this task of disseminating findings, and has published in journals with various backgrounds from anthropology to medicine, from law to epidemiology. Her advice for this kind of versatility and high productivity? Teaching students with a variety of backgrounds: “I learned a huge amount just simply by teaching to mixed classes not simply of anthropology students or even social science students, but that included basic scientists, would-be medical students, and so on”. This experience, repeated over many years, pushed Lock into taking a broader approach by showing her different ways of tackling subjects and of presenting them. One result has been the varied list of journals in which she has published to date. Her own commitment to showing the relevance of anthropology will certainly be taken a step further in the near future, as she is currently working on a popular scientific book on epigenetics with her co-author Gisli Paulson, to be published by Polity press. Given her track record so far, this is something to look out for!

A youtube movie of an interview with Margaret Lock about the Alzheimer Conundrum at the Agenda, TVO, the television broadcast of Ontario.

This entry is based on an interview conducted with Margaret Lock on 12 June 2014 by the Jolanda Lindenberg, AAGE member and Scientific Staff at the Leyden Academy, Netherlands